Announcing the Fastest Bin Collection Team in the UK! 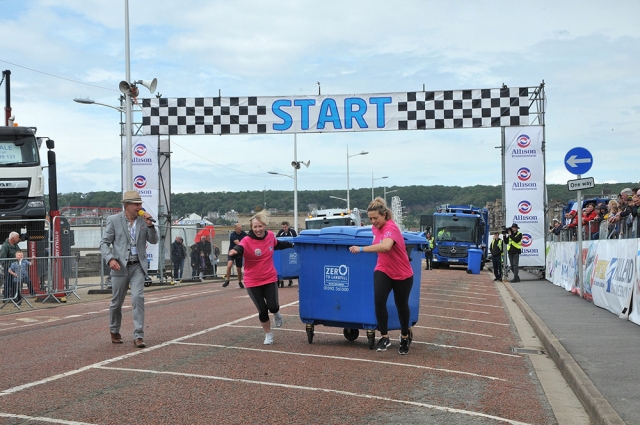 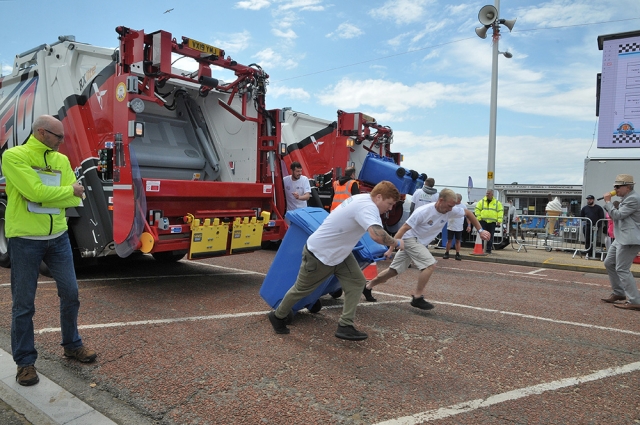 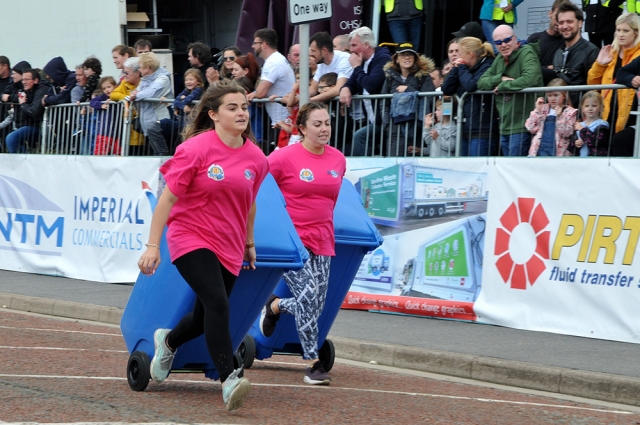 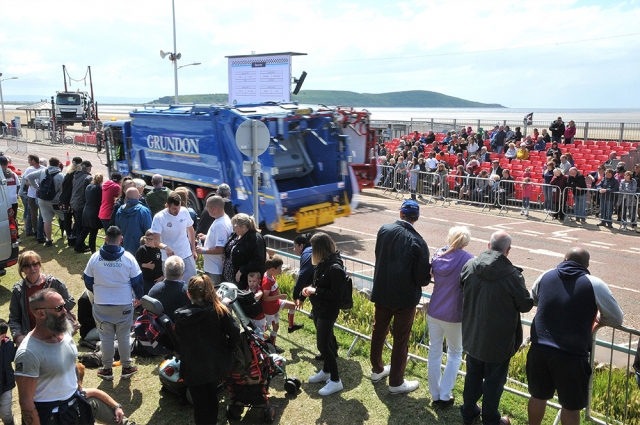 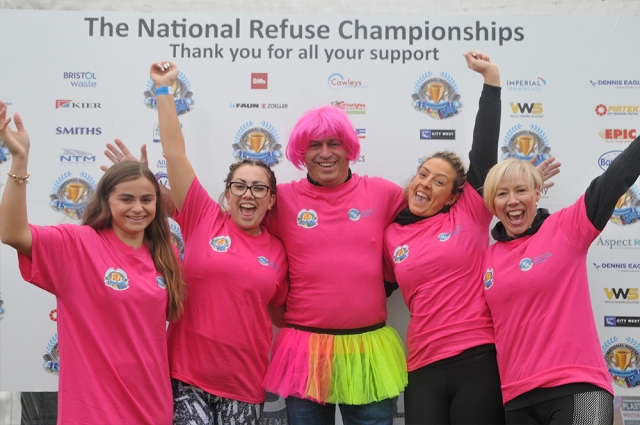 An unusual spectacle took place on Saturday 15 June at Weston-super-Mare seafront as hundreds of bin men and women from all across the UK competed in the third annual National Refuse Championships (NRC), to raise money for The Alzheimer’s Society.

The winners of the National Refuse Championships 2019 are Grist Environmental, a waste management company from Devizes, Wiltshire, who retain the title from last year and remain the undisputed ‘fastest collection team in the UK’. The company also donated the crowd barriers, security fencing, on-site toilets, waste management and litter picking for the event.

Marcus Grist, Events Director, Grist Environmental and Team Captain/Driver: “It was a great day and the sportsmanship between the teams was fantastic. In the final Biffa even insisted that 5 seconds were taken off our time to make up for a malfunctioning bin-lift on our refuse truck. We love the event and we’ve never been beaten over the line, although we did come 2nd one year due to penalties. Our families had a superb time too; the children loved getting inside the trucks, as well as all the giveaways. There was a lot of pressure on us this year. One of our drivers said he found his daughters searching up what they wanted to do at Centre parcs so he knew he needed to win! Huge thanks to Spencer, Tracy and the team for all their hard work. The Alzheimer’s Society is a great charity and I hope we’ve done them proud again.”

Cllr Westwood: “It was very worthwhile to see the level of support provided by the refuse collection industry to this ‘It’s a Knockout with Bin Lorries’ competition. A great deal of effort was put into it by all concerned. This is the third year that the event has been held in North Somerset and we would be delighted to see it return every year.”

Vincent Dignam: “The City of London was honoured to be asked to open the National Refuse Championships 2019. This event is a testament to all those involved and brings all pillars of the waste industry together not only to provide conference talks, specialist vehicles and equipment displays but to also raise money for a great cause. The event has grown over the last few years and will hopefully continue to do so.”

Spencer Law, Founder of the NRC and Managing Director, Refuse Vehicle Solutions Ltd (RVS) said of the event: “We are delighted with how the waste management industry and the people of Weston-super-Mare have embraced this event. It just gets better and better every year. We had lots of coverage on TV and social media. We are still calculating how much has been raised for The Alzheimer’s Society but we hope it will meet or beat last year’s amount which was in excess of £20k.

“Massive thanks to everyone who supported the event. We will be returning next year and plan to announce a date for the National Refuse Championships 2020 very soon.”

The final amount raised by this year’s event will be announced soon, but the organisers are confident they will beat last year’s total of over £21,000.

Alan Richardson, Alzheimer’s Society Volunteer Fundraising Representative: “The National Refuse Championships have already raised an incredible amount of money for Alzheimer’s Society over the past two years, so we were thrilled to be involved again. We cannot thank Refuse Vehicle Solutions enough for organising the event and helping to raise awareness of dementia. We would also like to thank everyone who took part in the event. The money raised will help us continue supporting people living with dementia while we fund research looking for a cure.”

Visitors included 25 children from Years 4 and 5 at Windwhistle School who had a great time visiting the different vehicles, having photos taken and collecting mementos from the exhibitors.

For more information about this or next year’s event visit www.nationalrefusechampionships.co.uk